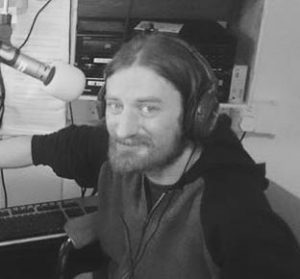 Fintan was our oldest brother. He died at the age of just thirty three.

Many people have asked how Fintan died. The short answer is alcohol. The long answer was through his grief of losing his brother Declan at such a young age and then his sister Jacinta just a year previous to his own death.

Fintan knew about our organisation Jacinta’s Smile. The last act of kindness he offered was a head and beard shave in order to raise funds for Jacinta’s Smile. For a man of little need for material things or desire for money he raised over €1000. 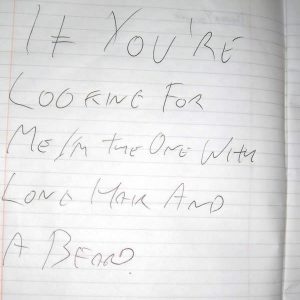 The reason why Fintan’s head shave was so significant was because his beard and his hair defined him.

As he wrote himself: “I want to say thank you to Helen O’Toole. For many years she has wanted to remove what she could, she showed admirable restraint not using a cut-throat. Thank You Mummy.”

Fintan hid behind his beard, his grief and his suffering. He spoke openly to Katie-Anne one day about Declan’s death. Fintan was grieved that he was unable to protect Declan, his younger brother, from the pain that he suffered. He was saddened that he was not able to save Declan.

Fintan seemed to embody this pain, etched it across his face and carried around the heartache of his broken soul until the day he died. As a crutch to his grief Fintan turned to alcohol.

The day Fintan died was the same day that we as a family chose to bring Declan from the graveyard in Leixlip to the graveyard in Roscommon to be with his sister Jacinta. As a family we decided it was best to have them both together.

Fintan, decided that day not to come with us to follow Declan down in the hearse. He spoke to Mummy that day saying he would be down on Friday and would visit the grave then. He went to the shop and as he had done many times before he bought some cans of beer.

He went home to his very humble abode and he drank his cans. All of the depths of feelings that he experienced that day engulfed him as he tried to block out what was happening as he relived his grief for the loss of his little brother.

He drank the drink fast and in a short space of time. He did not wake up.

We believe Fintan did not intend not to wake up. As per usual, he did not eat well and his body finally decided to give in. He left this earth the day his brother Declan joined his sister Jacinta. Our brothers and sister.

Fintan was an incredible writer and poet. He was deep and sensitive. His work will be published and placed in the libraries of Ireland so that others can benefit from his insight and reality.

We as sisters have now lost our second brother. Individually, we all have our own regrets and imprints of the life we shared with Fintan. One thing for sure is that we all wish we could have been a little bit kinder to him.

Hindsight and death is powerful, yet we remember to be kind and compassionate to ourselves.